Does it snow in Iceland?

One of the first questions any Icelands gets asked when meeting people from other countries around the world is, „Is it really cold in Iceland?“ The answer is yes! It can definitely get cold. The average temperature degree may not sound so bad, but believe me, it can!

The weather here in Iceland is known for being very unpredictable and we even have a saying „ If you don‘t like the weather, just wait 5 minutes“. And that is completely true!

You may have rain one minute and the next, everything is covered in snow! So yes, it definitely does snow in Iceland. Especially in the north of Iceland, while in the south you get less over some winters.

Due to these dramatic weather changes, we recommend packing clothing for any weather, especially in winter. You may find yourself in rain, wind, snow, hail, or just all of the above on the same day. 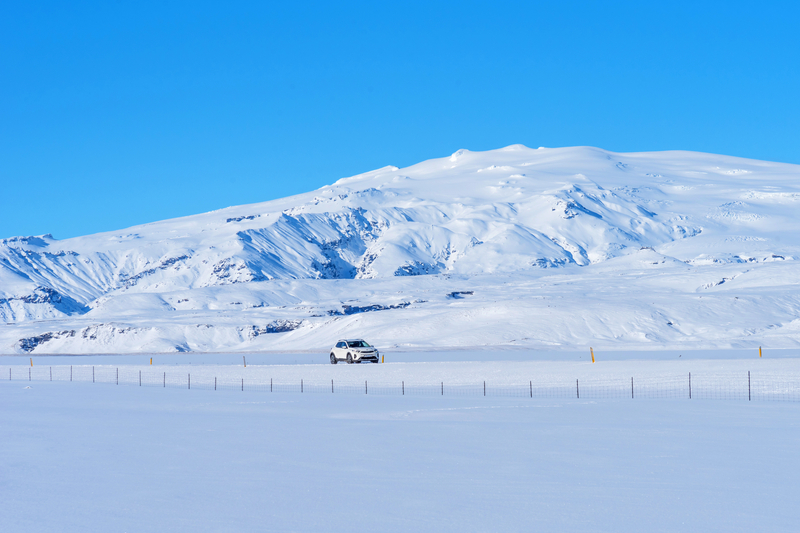 What causes the dramatic weather changes in Iceland?

The reason for the dramatic and sudden weather changes in Iceland is the size of the island as well as the fact where we are located.

Iceland receives the cold winds from the arctic and against that it is also tempered by the surrounding ocean and the gulf stream.

It is due to these factors that Iceland has unpredictable and sudden weather changes.

When looking at the temperature in Iceland, as said before, it may not look so cold comparing the degrees to where you are from. But do not underestimate the wind. The wind is not often calm, due to the fact that Iceland is an island, so you will most of the time have some cooling due to the wind and that is what makes the cold really sting.

Although the weather can be so unpredictable here in Iceland, looking at the weather forecast before heading off for the day, especially over the winter months is important. You would not want to be caught off-guard in a storm. 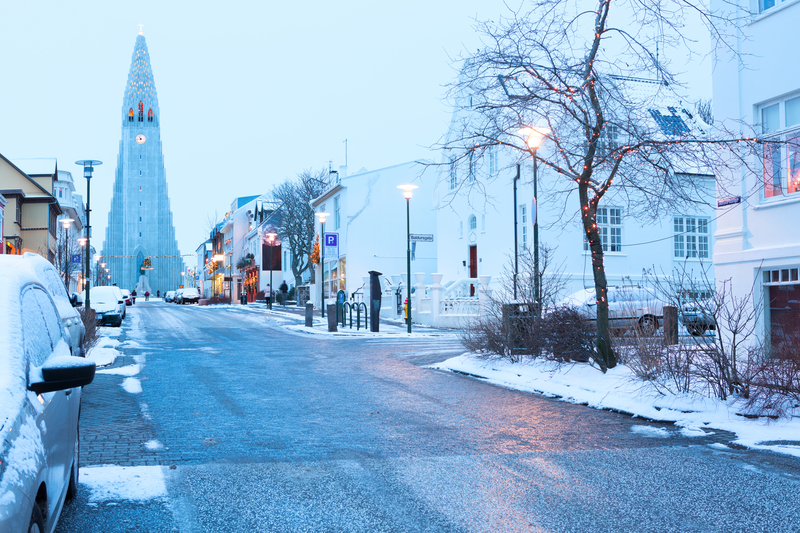 How much snow can you expect in Iceland?

Well, that depends on the month you plan to visit Iceland as well as what part of Iceland you are heading to.

You can expect more snow in the west fjords, north, and east of Iceland. The least amount of snow is usually in the south and around the capital.  So if your goal is to see snow when in Iceland, head to the north of Iceland and/or the west fjords to get the best chance of it.

It has, and can happen, that the ring road may be closed due to heavy snowfall, that is why we can not implement enough the importance of checking the forecast before heading off and you can also monitor road conditions using the website www.road.is

When visiting Iceland between the end of October – February, we also want to include that we would recommend staying the last night in or around the capital just to make sure you do not miss your flight due to closed roads.

Iceland‘s record of snow depth was in March 1995 in the north of Iceland, when the snow was a whopping 279 cm deep or 109 inches!