Reynisfjara is located on the south coast of Iceland and is also known as the black sand beach in Iceland. Reynisfjara can be found just beside the small fishing village of Vík í Mýrdal.

When travelers get to the beach, they will immediately see the rocky sea stacks just off the shoreline that really make the surroundings at Reynisfjara black sand beach so very unique. They are called Reynisdrangar. Reynisfjara got its name from the nearby mountain called Reynisfjall. Fjall means mountain, and fjara is a beach in Icelandic so they really are not making things complicated. The sea stacks, of course, have their own folklore, it is that they formed when trolls were trying to pull ships from the ocean to shore. However the trolls were dim and went out too late in the night, dawn broke on the horizon so they turned into stone.

However today these sea stacks are home to thousands of nesting seabirds. Species that can be found here include puffins, guillemots, and fulmars.

Along Reynisfjara are the stunning Hálsanefshellir sea cave and Gardar cliff that is composed of dark basalt columns that many say resemble a pyramid or organ pipes. 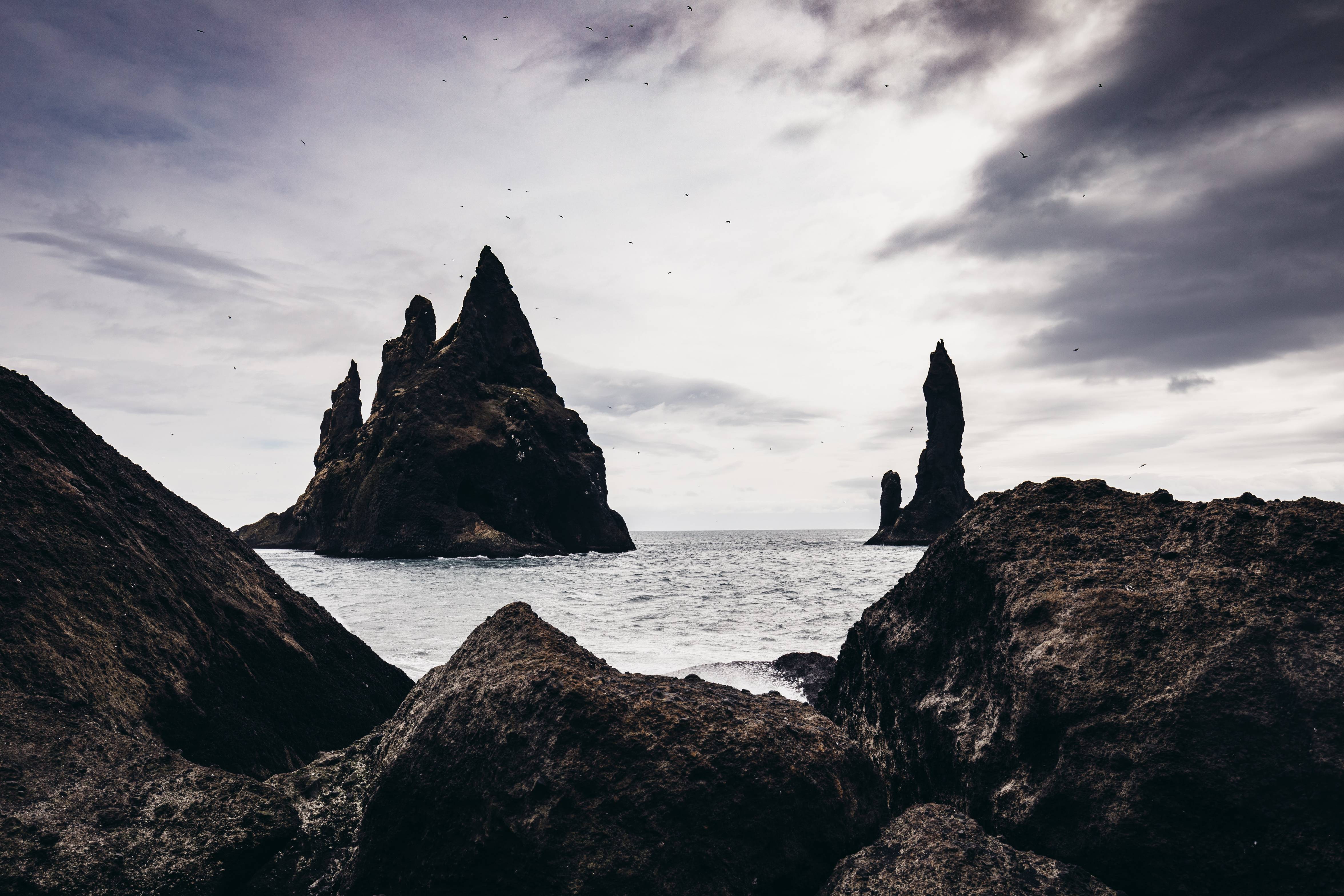 Reynisfjara is conveniently located in the middle of the south coast right off route 1 in Vík, so if you are planning on going the ring road around the country or if you are going to Jökulsárlón glacier lagoon, you will pass it and we encourage you to make the stop. On your way from Reykjavík, you will also go by Seljalandsfoss and Skógarfoss waterfalls, Eyjafjallajökull and Mýrdalsjökull glaciers and if you keep going through Vík you will find Vatnajökull National park. 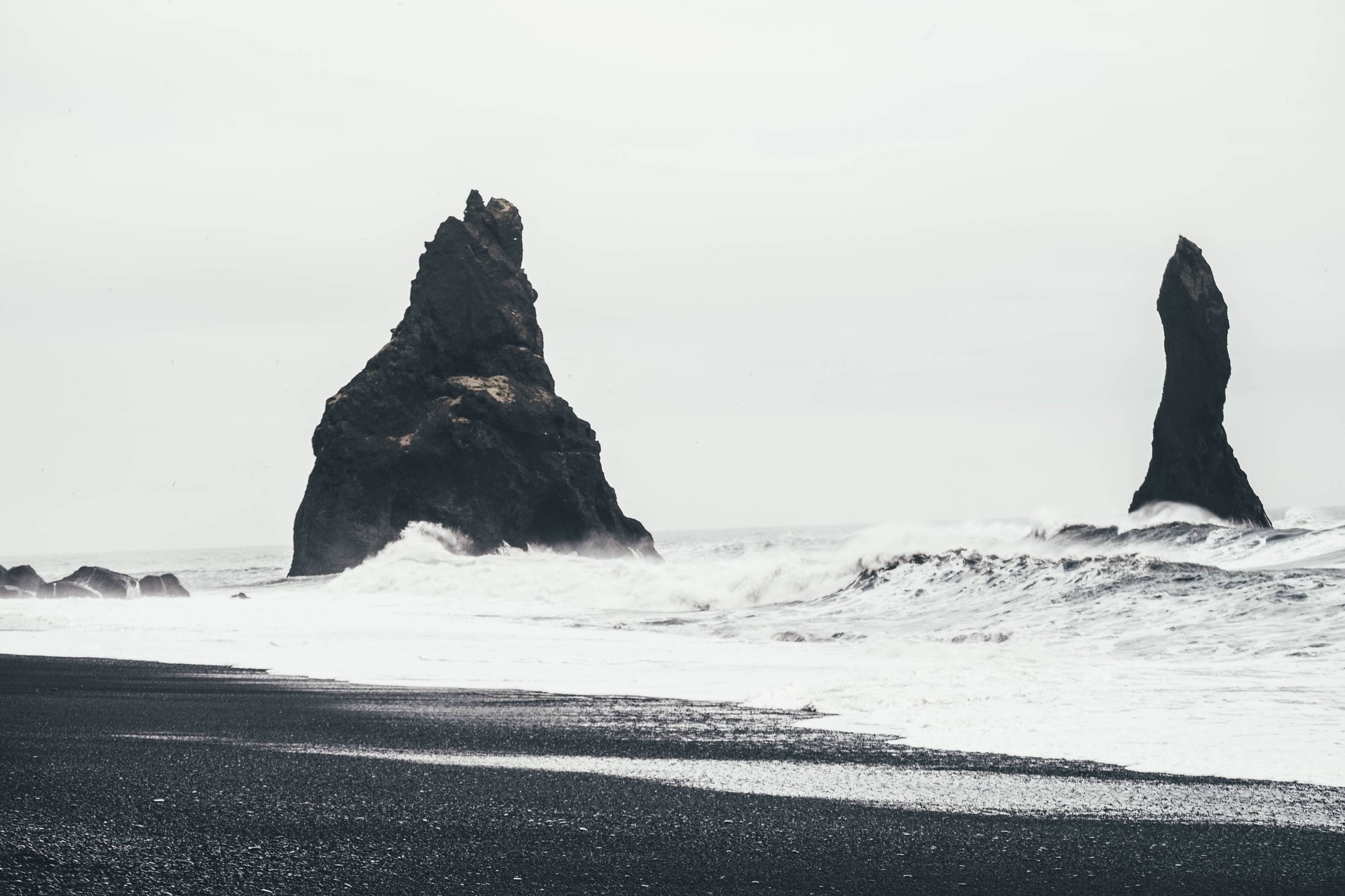 When visiting Reynisfjara black sand beach, you must be aware of the potential dangers. Most dangerous of all is the rolling, roaring waves of the beach. They often push far further up on the beach than many would expect. You will be able to see by on the sand where they have been reaching and it may be much further up than they are reaching when you get there. Do not step on or close to where the sand is wet on the beach as that is how high they have been reaching and those waves are the ones you need to be extremely cautious of. They can be very sneaky and make their appearance even on a still day. There are no significant landmasses in between Antarctica and the shores of Reynisfjara, meaning the waves have thousands of kilometers to build up. So please, never turn your back to the waves and keep a safe distance of at least 30 meters (98 feet).

Then the rip currents offshore are infamous for their strength and can drag helpless people out into the freezing ocean. There have been a number of fatal accidents in Reynisfjara, the latest one occurred in November 2021. 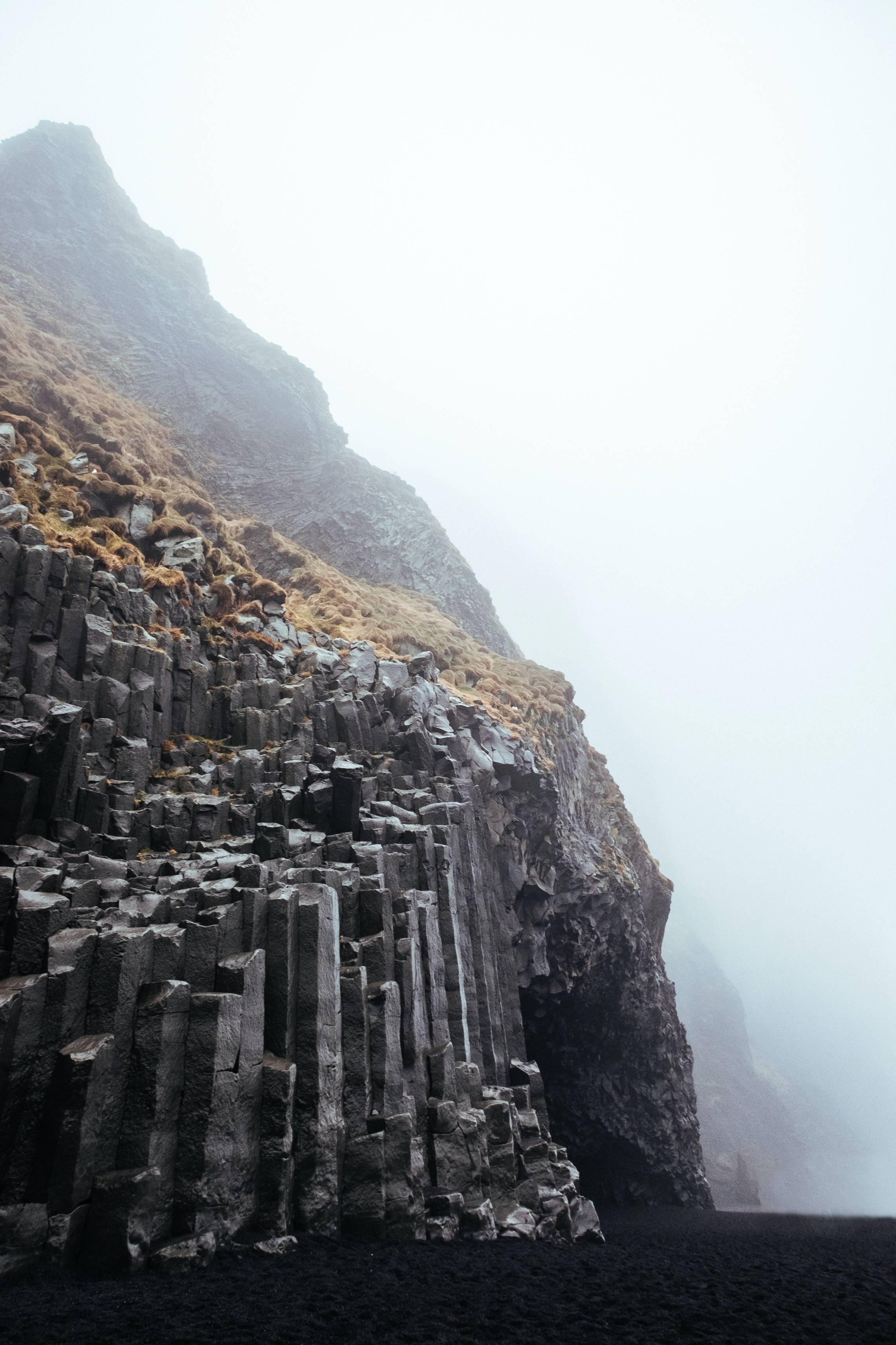 Is Reynisfjara the only black sand beach in Iceland?

No, Reynisfjara is not the only black sand beach in Iceland although it is known to be THE black sand beach. The diamond beach that is also on the south coast of Iceland, not far from Jökulsárlón Glacier Lagoon also has black sand as well as Sólheimasandur where you can find the famous plane wreckage that accrued in the 1990s. You do not have to worry as everyone survived the crash and the wreckage would most definitely have been taken otherwise.