One of the most popular routes in Iceland. See the amazing Gullfoss waterfall, Thingvellir national park and Geysir geothermal field and maybe more all in just one day. Read more about Icelands golden circle here.

The primary stops of the Golden circle are Þingvellir national park, Gullfos waterfall and the geothermal area in Haukadalur where you can find the geysers Geysir and Strokkur, Although Geysir has not been active for many years now, Strokkur erupts every 5-10 minutes. Other places to visit are the town of Hveragerði, Kerið the volcanic crater, Skálholt cathedral and Hellisheiðavirkjun geothermal power plant. First stop on the way from Reykjavík is Þingvellir national park, known for being the first annual parliment of Iceland from 930AD. The last session held at Þingvellir was in 1798AD and then since 1881 the parliment has been located in Alþingishúsið in down town Reykjavík.

Today Þingvellir is a site of cultural, historical and geological significane and one of Icelands most popular tourist attactions. The park contains Icelands largest natural lake called Þingvallavatn. On the lake´s north side is Silfra fissure, a popular diving and snorkeling location. Silfra has one of the clearest waters on earth with more then 100 meters of visibility, making it a very unique and special place to snorkel. In 1789 the Silfra fissure opened as tectonic plates in Thingvellir national park moved causing the fissure to form. They are still moving causing them to seperate further by approximately 2 centemeters per year.

If you are a fan of the television series Game of Thrones, you might be excited to hear that a number of scenes in the series where taken in Thingvellir. The canyon near Öxarárföss waterfall was for example the location of the bloody gate. The canyon is easy to find, if you park your vehicle in the parking area that leads to Oxararfoss then you will be walking through this canyon to get to it. 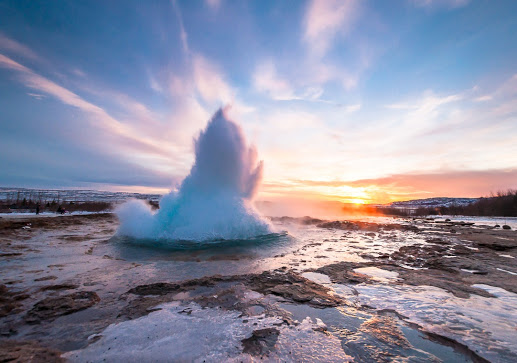 In Haukadalur you will find the geysers Strokkur and Geysir it self. As said before Geysir rarely erupts anymore, however Strokkur is very dependable and erupts every 5-10 minutes. In Haukadalur you can also find over 40 other small hot springs, fumaroles and mud pots nearby. Strokkur is the Icelandic word for churn and its usual height is 15-20 metres (49-66 ft) but sometimes it erupts as high as 40 metres (130 ft) high.

The first written source dates back to 1294 when the hot springs where activated by an earthquake. However Strokkur was not mentioned until 1789 after an earthquake as well that caused the conduit to unblock. 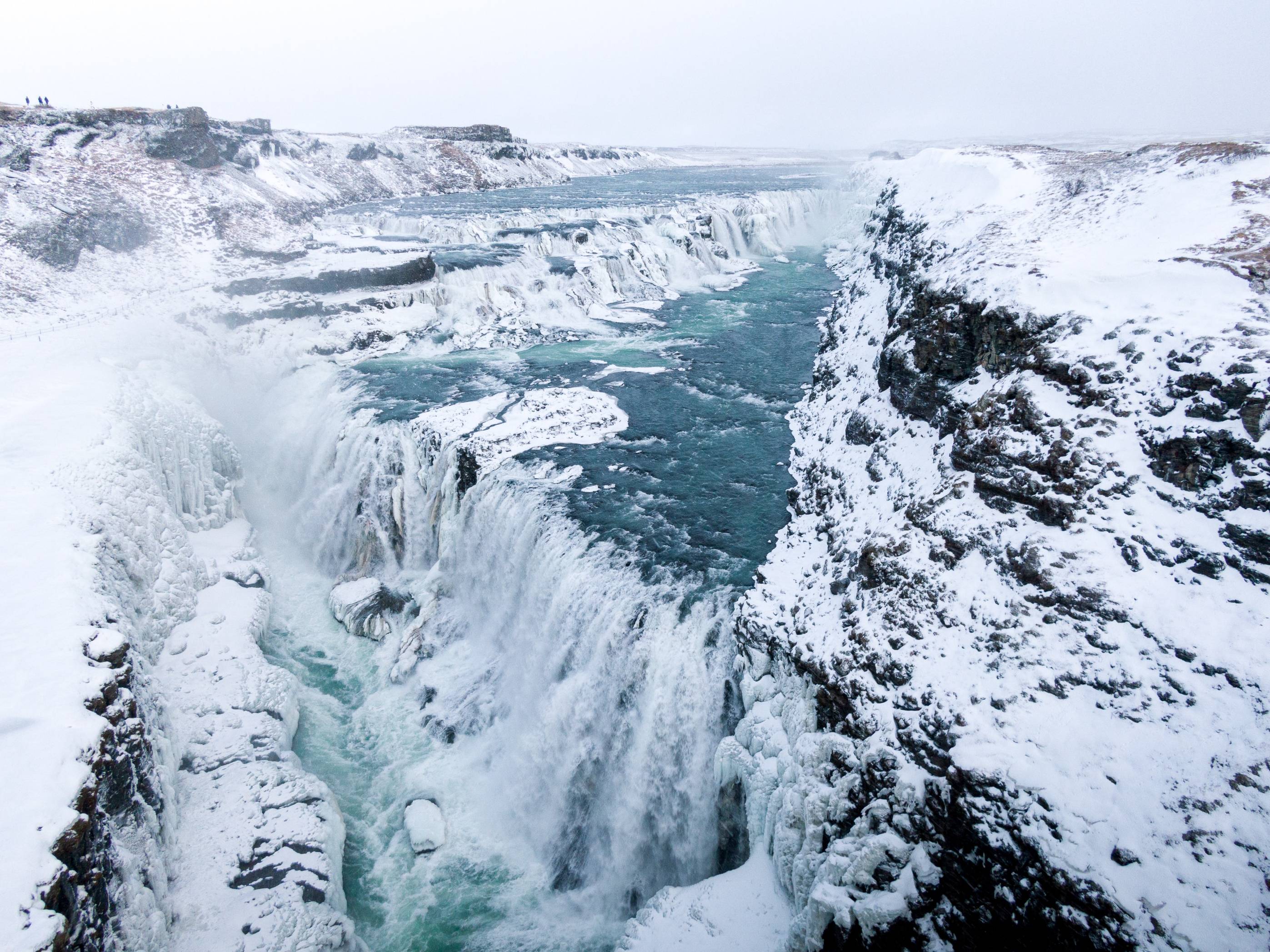 The last stop of the basic Golden circle route is the amazing Gullfoss waterfall.

Gullfoss means Golden falls and the origin of its name is unknown. Some speculate that it got its name because when the sun light hits the waterfall it glows like gold or because of the rainbow that forms in the mist. As the story says, you may find gold at the end of the rainbow. 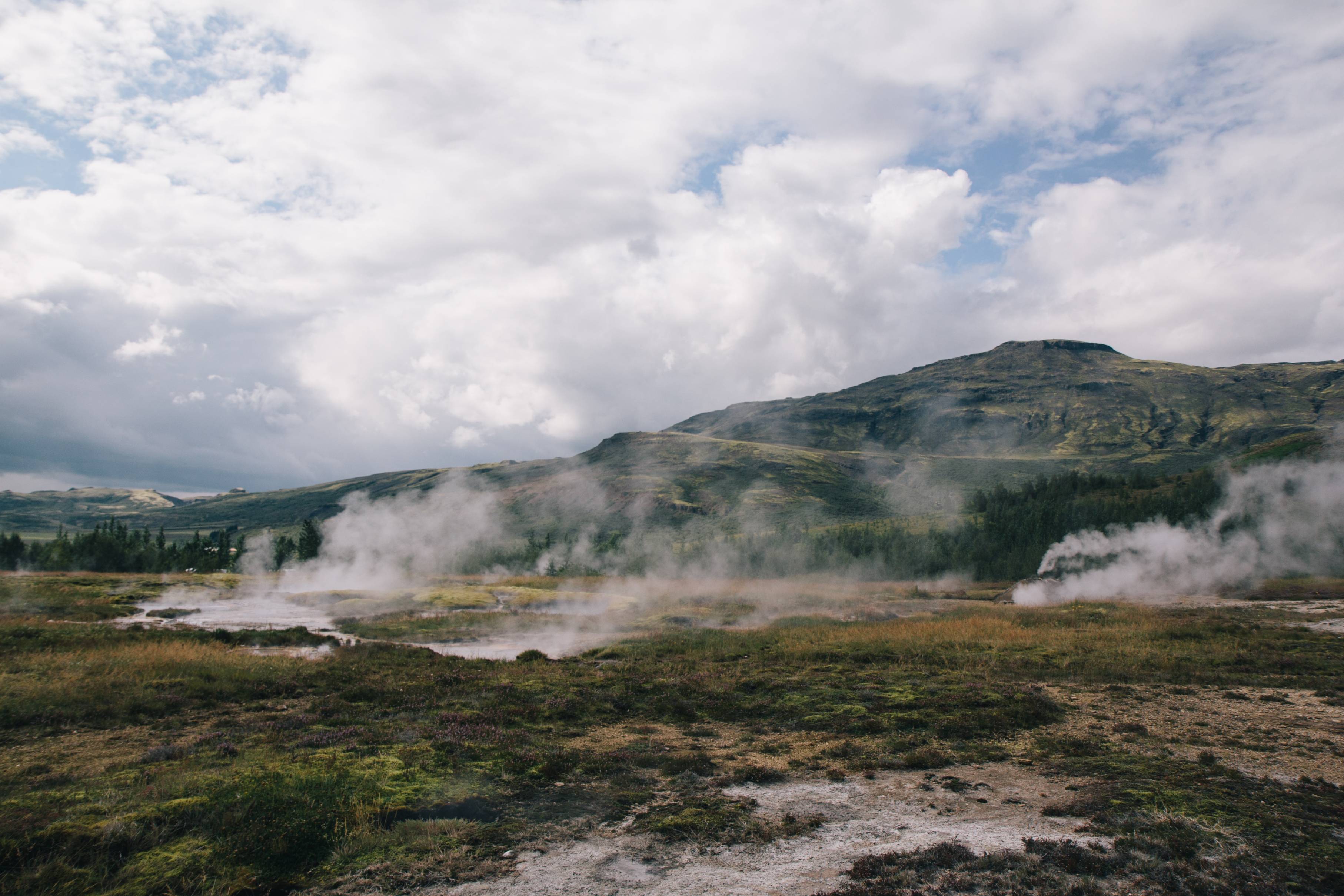 How long does it take to do the golden circle? 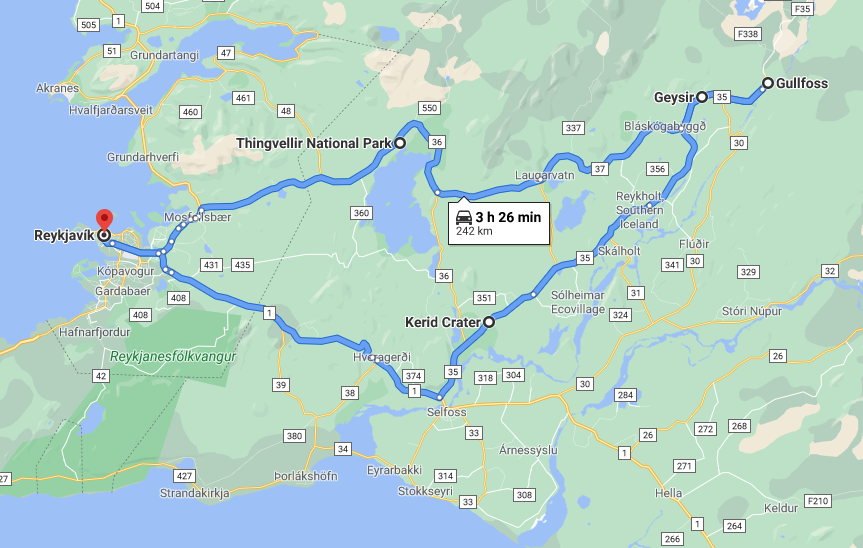 You could join a group tour of the golden circle, however you might prefer to be able to explore at your own pace and be able to make a stop at more places then offered on these tours. To be able to do that you might choose to rent a car or even a 4x4 vehicle if you are planning to drive the highland roads in Iceland. We would recommend making a few more stops on the way. 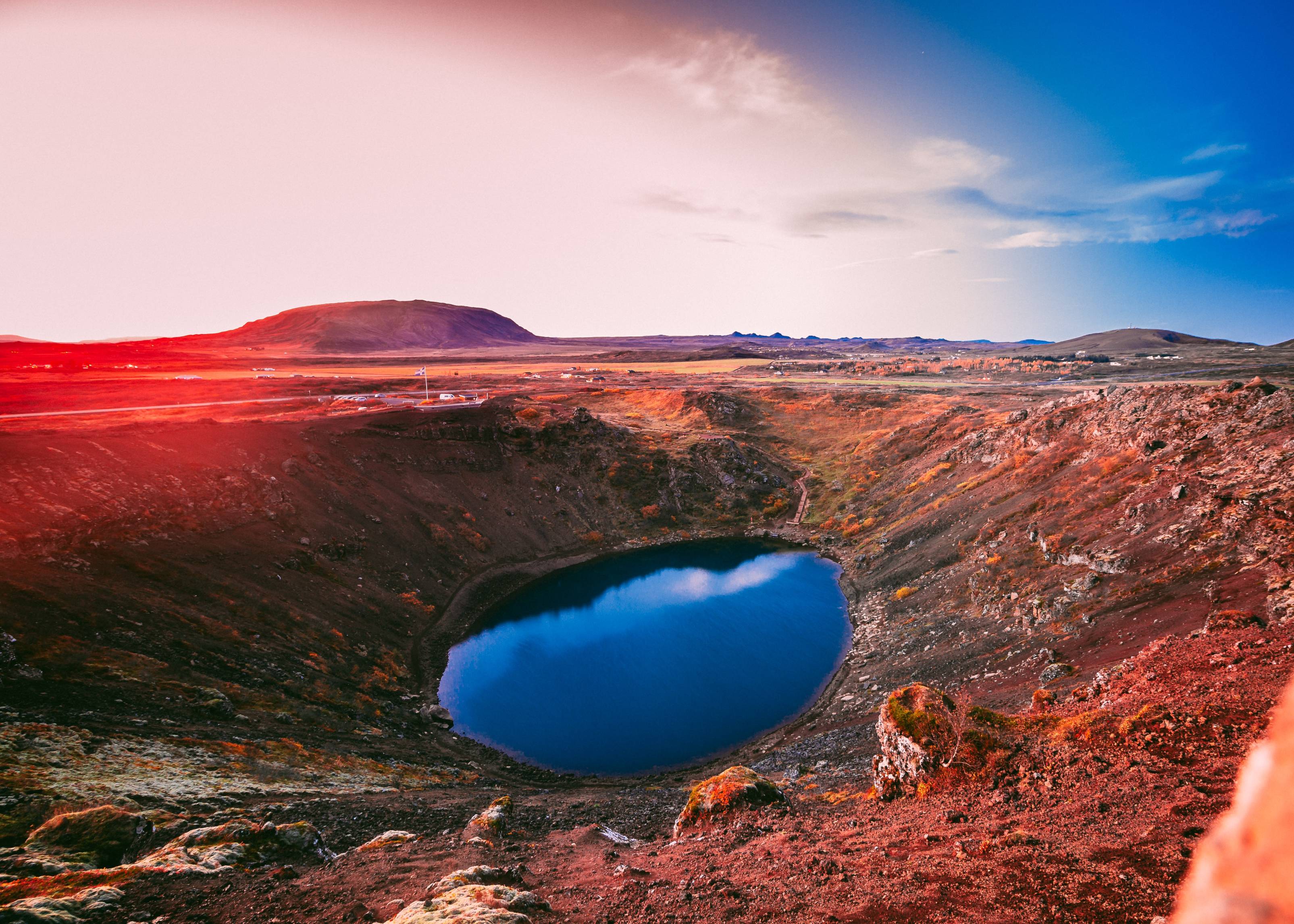 Like for example at the amazing Kerið volcano crater. It is just one of the several crater lakes in the area but is the one that has the most visually recognizeable caldera still intact. Kerid is approximately 3,000 years old and is only half the age of surrounding valcano craters.

Skálholt Cathedral was through 8 centuries, one of Icelands most important places. The first official school in Iceland was established there in 1056 to educate clergy. Adam of Bremen visited Iceland around 1075 and described Skálholt as the largest city in Iceland at the time. There is a lot of history to be found in Skálholt so we highly recommend stopping there if that is something you find fascinating.

There is a town called Hveragerði on your way back to Reykjavík. The town has the surrounding are of Hengill central volcano and is very geothermally active and is often nicknamed ´The Hot Spring Town´. The town is known for having a lot of greenhouses which are all heated by hot water from the volcanic hot springs in the area.  You can find excellent hiking trails around the town as well as nice hotels and camping ground which is open in the summer months.