You might have seen a few photos of Iceland, of the rural landscape, and wondered does Iceland not have any trees? Are there, or where there never any trees in Iceland? We go over that in this blog here.

Where there never any trees in Iceland?

First of all, yes Iceland does have trees. Over 1,100 years ago when the Vikings first came to Iceland there were many of them or around 40% of Iceland was covered in trees but today, there are not nearly as many trees. So what went wrong? Where did the trees go?

Well, in just around 300 years, most of them were cut down and the first settlers in Iceland were to blame. They cut down 95% of all the trees in Iceland because there was not really much else to work with to build houses, furniture and to keep warm over the winter months.

Research has also shown that it might have been an intentional economic strategy on their part when they realized how essential local, animal husbandry industries were for their survival. Of course, they did not realize the long-term environmental damage they were inflicting and how many years it would take to repair.

Also, the sheep where did not help. After the trees were cut down they could not grow back due to sheep grazing. 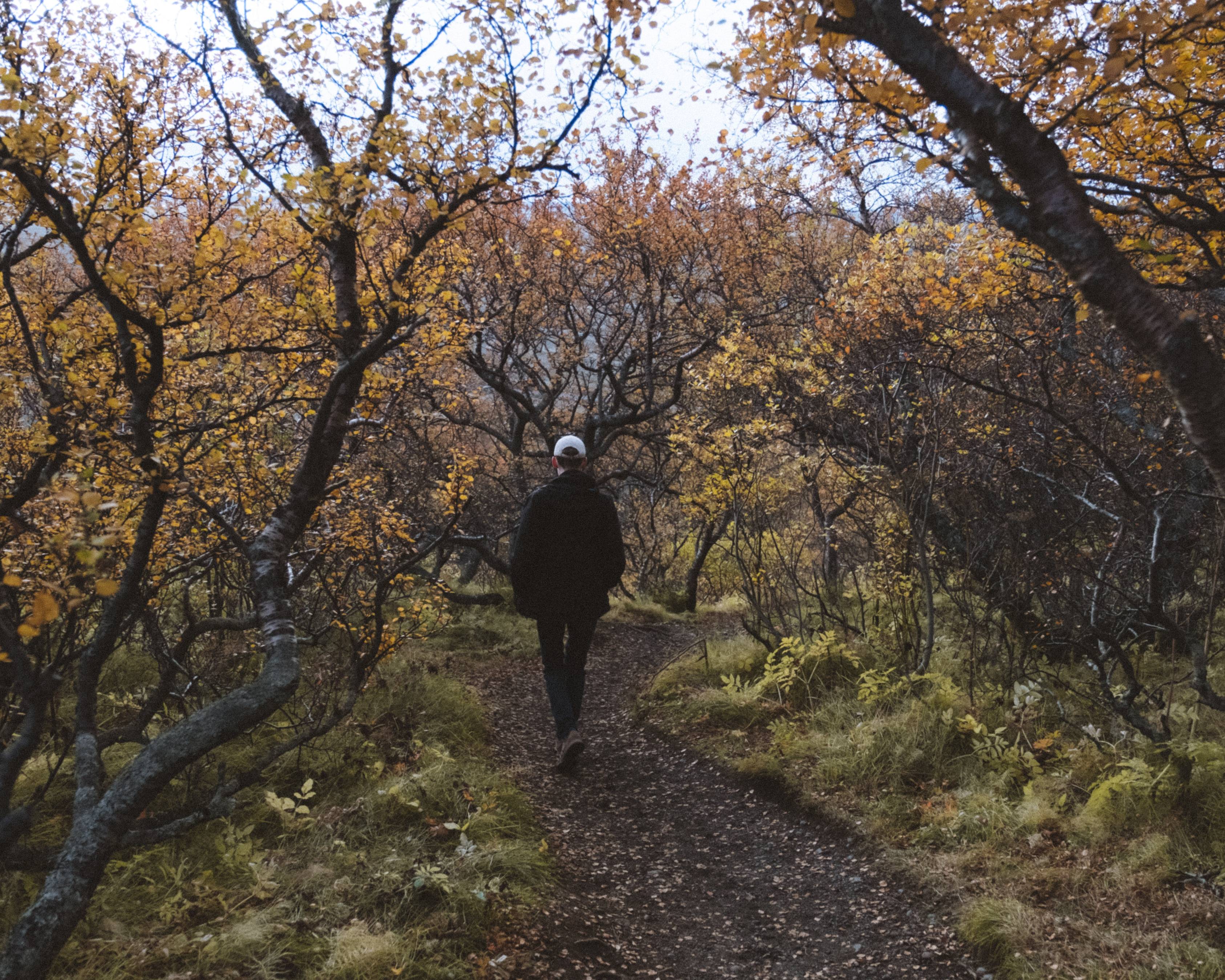 What types of trees are in Iceland?

There are several types of trees that grow in Iceland. The most common trees are birch, poplar, and rowan trees. Unfortunately, they are not suitable for the ever-warming climate in Iceland.

The tallest tree in Iceland was reported in 2015 to be 27 meters (88,5 ft). That might not sound very tall but in Iceland, most trees are very low due to their low age. The tree in question is a Sitka spruce that was planted in 1949 and is located in Kirkjubæjarklaustur in the southeast of Iceland.

The oldest tree in Iceland is not known. But we do know the oldest tree that is in Reykjavík. That is a Sorbus intermedia and is located on the corner of Aðalstræti and Kirkjustræti in downtown Reykjavík. The tree was moved to Iceland from Denmark by a doctor that lived there and he planted the tree in its location in 1884.

Are there any palm trees in Iceland?

Well, not at the moment no. There is a plan to plant two palm trees in a new neighborhood that is, when this blog is being written, currently being built in Reykjavík. They plan on having them inside two large tower-shaped domes that will be equipped with lights and warmth for the trees to prosper. 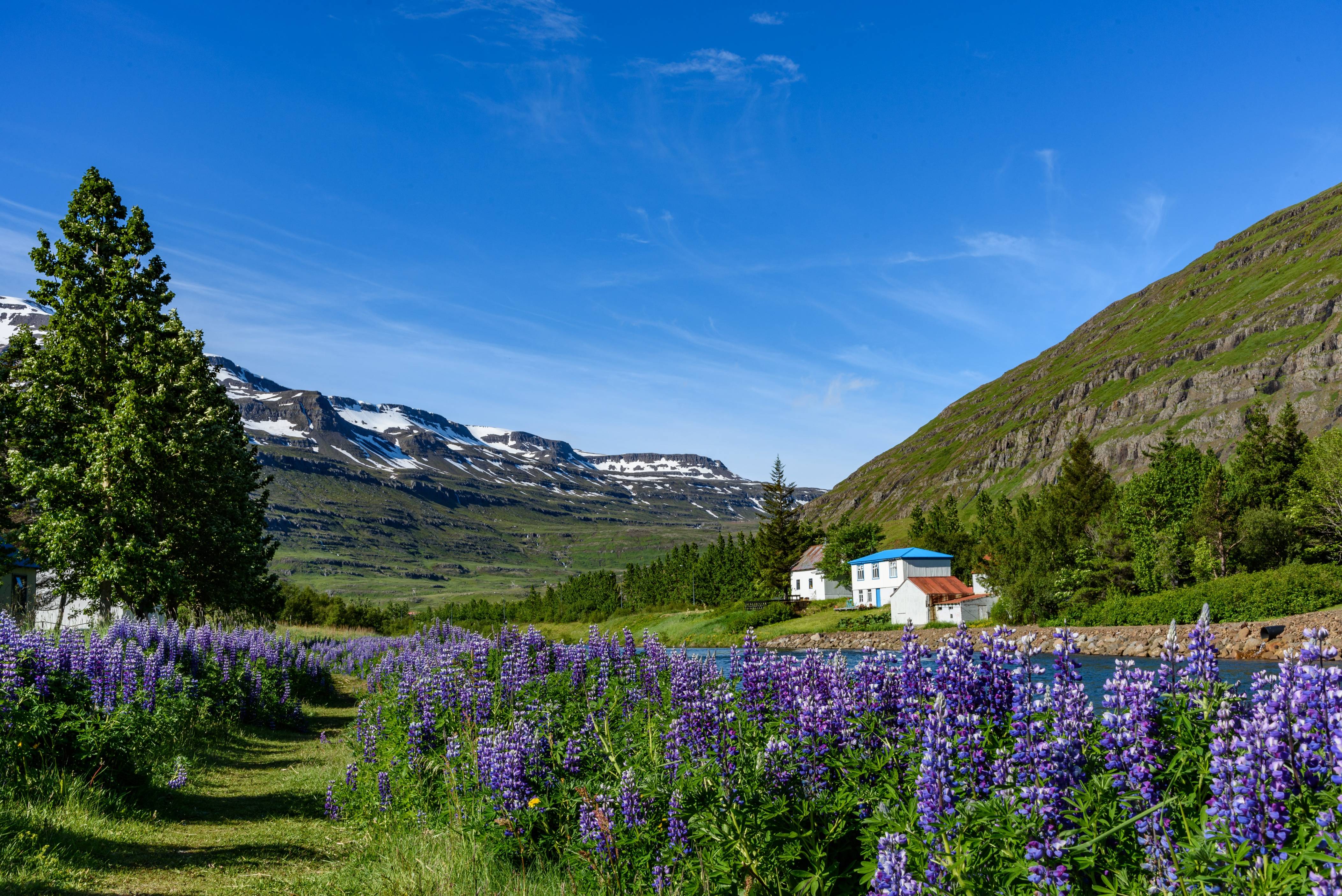 Iceland has been dealing with the struggle of deforestation and soil erosion for a long time. A decade ago many Icelanders had never seen a tree in their life and very few of them believed that trees of any real size could grow here. In 1940 the country tried introducing the Alaskan lupine to help recover the soil but that became a problem as well as it prevented other native plants from growing and it spread faster than it could be removed.

There is an Icelandic Forest service that is constantly working on growing trees and forests in Iceland and due to that the total area of forests in Iceland has doubled and even possibly quadrupled since 1950. Even though that may sound like a lot, trees in Iceland only cover around 5% of the land today. 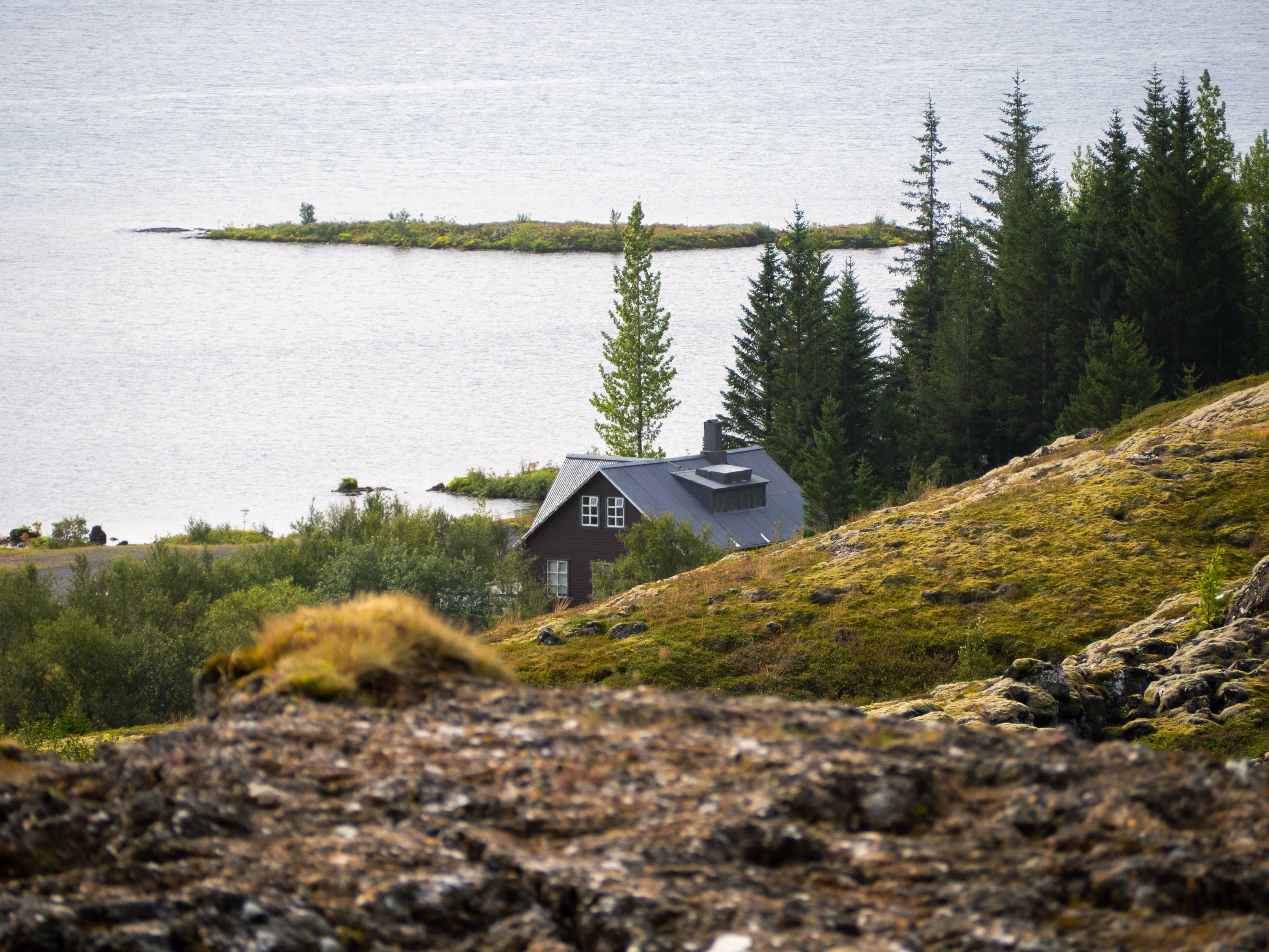 Öskjuhlíð Hill and woodland – Can be found in Iceland capital, Reykjavík. It is not hard to find as the majestic structure of Perlan museum and observation deck is located on top of that hill. Only around 100 years ago Öskjuhlíð was nothing like it is today. It was covered in rocks and gravel. The rocks in the hill were even being excavated in order to use them to build the old harbor in downtown Reykjavík. It was only in 1950 that the locals started planting spruces, aspens, pines, and birches to rejuvenate the area.

The area is a great spot to visit in order to find some hiking trails and even mountain bike trails in the city.

Hallormsstaðarskógur national forest – Is located in east Iceland and is Iceland's national forest. The forest covers around 750 hectares and has over 85 types of trees. There are a number of great scenic hiking trails that are all in all a total of 40 km long.

If you intend on hiking in Hallormstaðarskógur we recommend hiking up to the beautiful Ljósárfoss waterfall. It is a short and easy hike so it is suitable for inexperienced hikers. The hike to the waterfall is an hour back and forth.

There is also a beautiful cove called Atlavík and it is right by the Lagarfljót lake where you will also find a great camping area. Atlavík was a popular meeting area for locals and visitors alike in the last decade. The popular Atlavíkurhátíð festival was held there and in 1985, Ringo Starr even performed there with the Icelandic band Stuðmenn.