What time of year is best to see the Northern Lights in Iceland? Where is the best places to look for the aurora borealis in Iceland? In this blog, you will find everything you need to know!

The scientific name for the Northern lights is aurora borealis and are shafts or curtains of colored lights only sometimes visible in the night sky. They are a natural phenomenon that may be found in both the northern and southern hemispheres that can be truly breathtaking and inspiring. 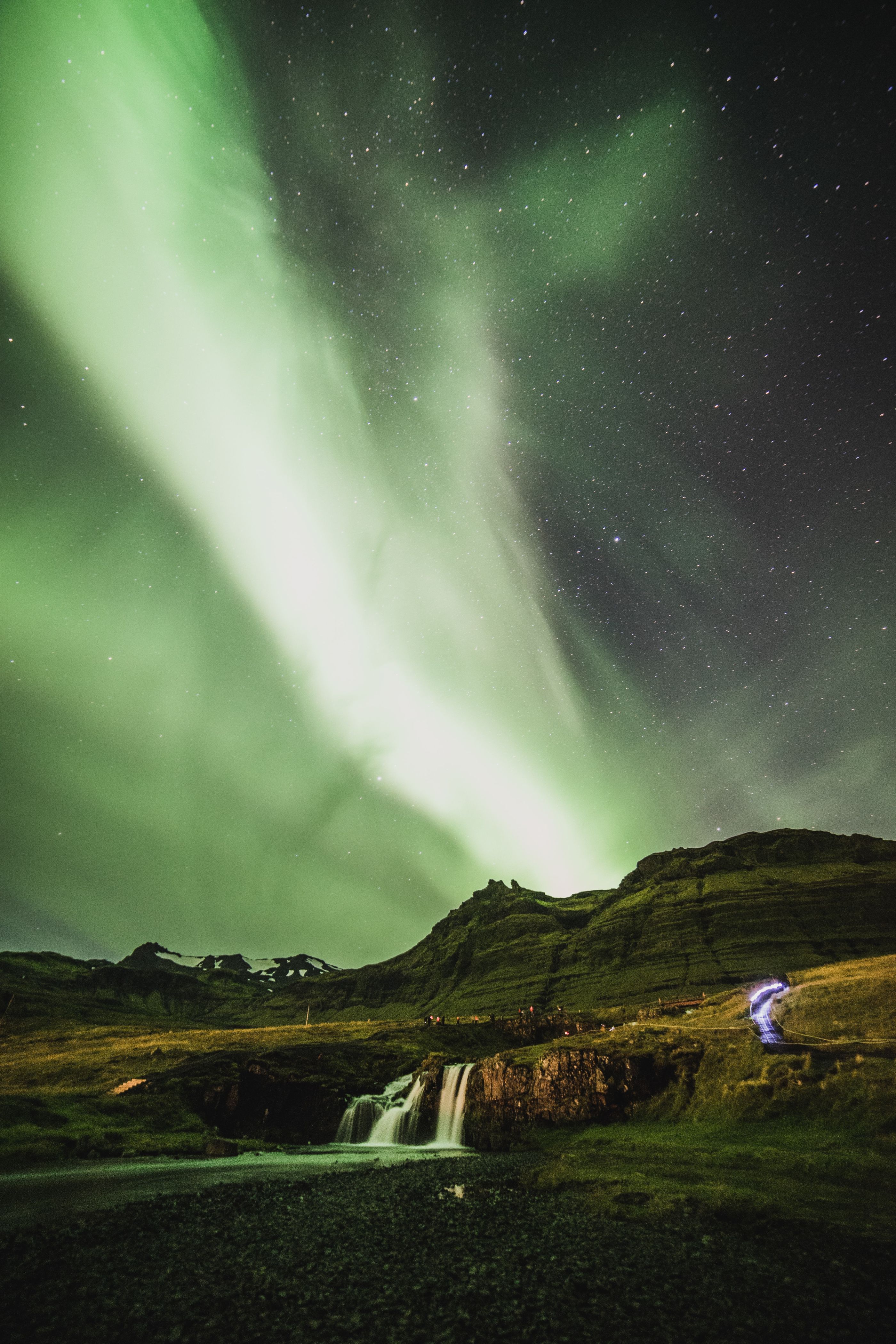 The origin of the aurora begins on the surface of the sun when solar activity ejects a cloud of gas. If one of these clouds reaches the earth it collides with the earth's magnetic field. The field is invisible, but if you could see its shape, it would make the earth look like a comet with a long magnetic tail. The auroras can be seen anywhere and have been spotted as far south as Mexico, however, they are more frequent at higher latitudes in places like Iceland, Alaska, and Canada.

The Northern Lights are one of Iceland's biggest draws for visitors in the winter. The only downside is that the Northern Lights are a natural phenomenon and thus elusive and unpredictable. If you manage to see them on your visit to Iceland, some people have described it as a life-changing event. Seeing them twirling and dancing before your eyes is truly magnificent.

How to see the Aurora Borealis

Darkness is required when looking to see the Northern Lights and as Iceland is at high latitude there is almost no darkness from mid-April until mid-August. So in that period of time, no Northern lights can be seen. The best time to see them is from late September until late March with their peak in September and March. At this time it is dark after 18:00 (6 pm) so there maximum chances of spotting one.

In order to get the best visual of the Northern Lights, we would recommend going out of the city as the lights all around, do affect their visual. 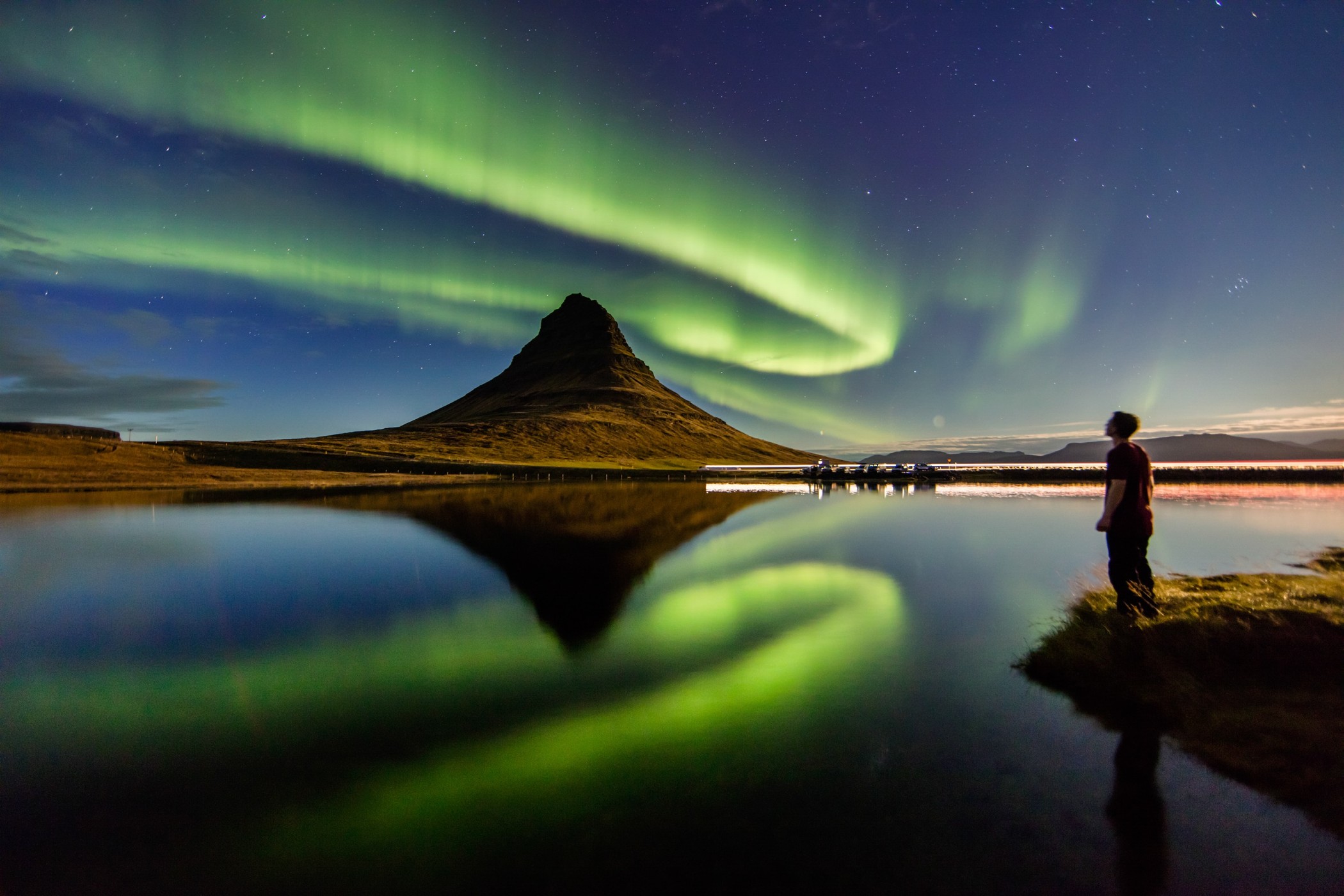 Witnessing the northern lights in Iceland also requires clear skies, solar activity, patience, and luck. All of the required conditions may also be in your favor and you still might not see the lights so luck is also an important factor.

You can find the official aurora forecast here, it does not show where exactly you may see them but you can see the cloud activity as well as how likely it is to see them that night.

When hunting the Northern lights we also recommend making sure to bring enough of warm clothes. It will make you more patient if you are not shivering in the cold and also crucial when shooting the northern lights. Also if possible to bring a travel chair with you, just for extra comfort. 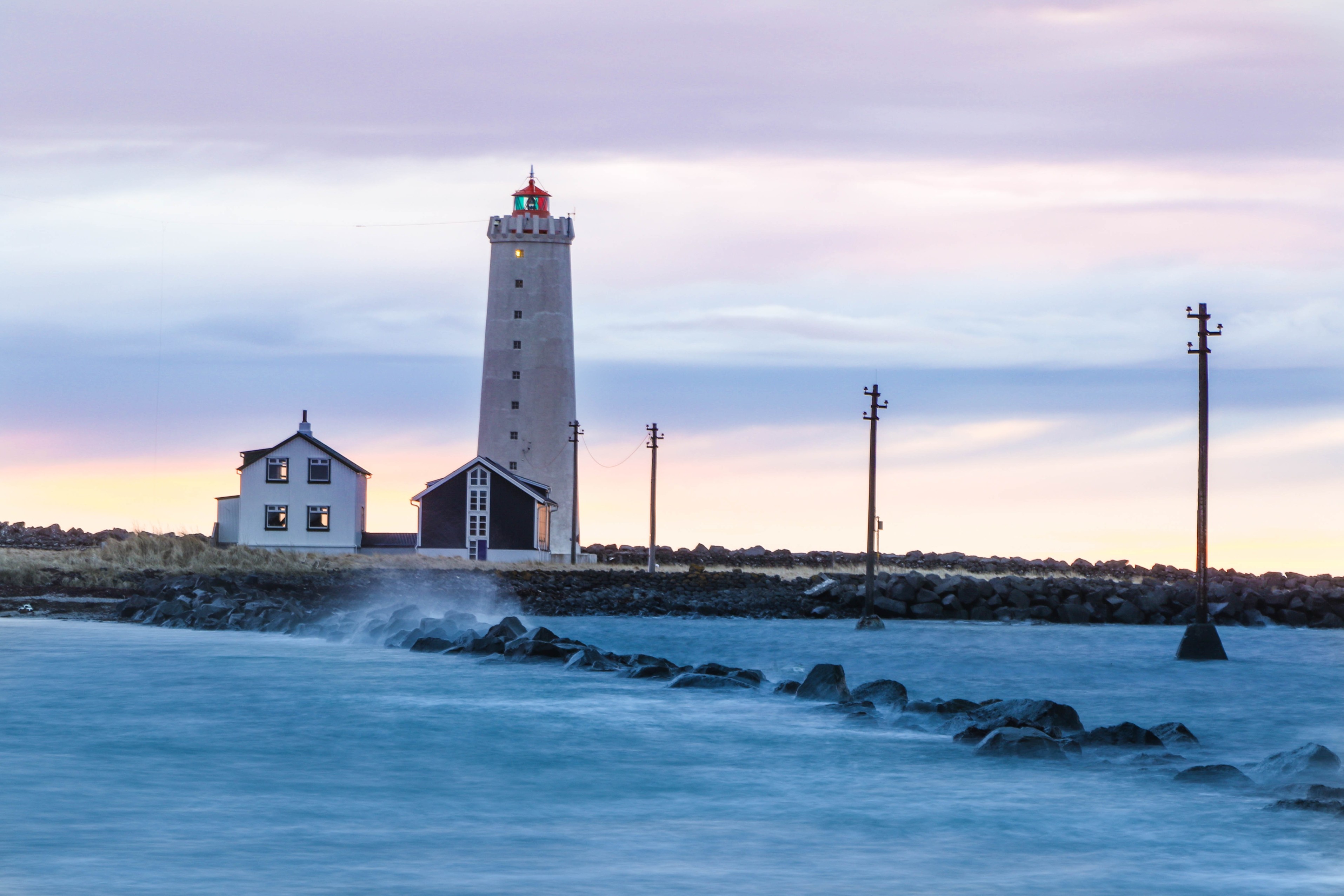 What we think are the top 5 places to watch or photograph the northern lights are: