Chat with us, powered by LiveChat
The Icelandic Beer

Did you know that most beer made in Iceland is lager with 4,5-5,5% alcohol.

You can only purchase beer in designated liquor stores as supermarkets, shops and other outlets are not allowed to sell any alcohol except light beers. Many tourists do not know this and think they are purchasing regular beer at the local supermarkets as they are often very accustomed to it at home.

Sales of all alcohol were banned in Iceland from 1915 and the ban was not lifted until 1989. Since then the Icelandic government has had exclusive rights to retail of beer and alcohol in Iceland. Alcohol tax in Icelandic is the second highest in the world or 85% of some flasks. The only country to have a higher alcohol tax in Norway.

Because the Icelandic government banns all advertisements of alcholol, many breweries have made non/light alcoholic versions of each beer that look the same as the regular ones just to be able to advertise them. The beer looks the same and the only difference is it says „léttöl“ (Light beer) in small letters on the can or you can only see it in the alcohol percentage.

These light/non-alcoholic beers are sold in many supermarkets and can easily be mistaken as regular beers.

Iceland has many small breweries or at least 27 of them and many of them, if not all of them issue special edition Christmas beers over the holidays.

The Icelandic Christmas beer is very popular in Iceland and many Icelanders crowd their local liquor stores to get their hands on them.

Get to know the Icelandic nightlife.

Has a brewery located in Skagafjörður in the North of Iceland? They offer a few varieties of beer and we just can not choose one over the other! They have a bar on Austurstræti 6 in Reykjavik where they offer 4-5 tap beers from Gæðingi as well as from Ölvisholti, Kalda and Steðja, they are also Icelandic breweries. Microbar is also their test kitchen and they always have one „test“ beer on tap available.

If you are visiting Iceland and just want a simple but tasty beer then the Viking Gylltur is the one for you. It is without a doubt the most classic Icelandic beer.

Viking is a golden lager beer and will not shock you but there is a good reason why it has been so popular here in Iceland since 1989. You can find it at most bars and restaurants and in every liquor store around Iceland.

Kaldi Blonde is the first beer that Bruggsmiðjan Kaldi brought to the market and is also the most sold bottled beer in Iceland, so how can we not recommend it? It is a larger beer but is brewed after the pilsner tradition so he classifies as a Pilsner. It is slightly bitter but gentle at the same time.

Bruggsmiðjan Kaldi also has beer baths that you can visit in the North of Iceland. They have 7 tubs so there can be 14 people groups each hour. There is no age limit to enter the tubs as the bathwater is undrinkable, however, besides each tub, there is a beer draught that is for anyone over 20 years of age.

Lava is a very unique beer and the first one of its breed. Ölvisolt brewery claims that the inspiration comes from the active volcano Hekla that is visible from the Brewery. Lava is fully loaded, pitch black and with a thick brown head. In 2012 won the best Imperial smoked beer of the year in the US open beer Championship.

Garún is an Imperial Stout and is left to mature in cognac barrels for 10 months and the results are a wonderfully smooth and good beer. With hunting notes of chocolate, coffee and liquors this beer has won many awards for example the European Beer Star.

The beer gets its name after an old Icelandic folk tale called „Djákninn á Myrká“ (The Deacon of Dark River). The Deacon of Myrká had a girlfriend on a farm on the other side of a big river called Hörgá. The Deacon had planned with his girlfriend Guðrún to pick her up from her farm and take her to Myrká on Christmas eve. However a week before Christmas the deacon was riding his horse Faxi and they got caught in a heavy storm. He will into Hörgá and suffered a severe head injury and drowned. His girlfriend Guðrún somehow had not heard the news of his death on Christmas eve and when the Dean came on his horse to pick her up she went with him. He was wearing a hat and a scarf, but when they came to Hörgá river the horse tripped causing the hat to slip forward his face and exposing the wound on the back of his head. As the moon shined upon them he said „The moon dates, death rides. Don´t you see a white spot on the back of my head Garún, Garún?“. And she replied „I see, What is.“ And after that, they did not speak until they came to the deacons farm Myrká. When there they spoke again. „Wait Garún, Garún. While I move Faxi, Faxi over the fence, fence“. (In Icelandic folk tales ghosts often repeat their last word of each sentence) Guðrún noticed an open grave in the graveyard at the farm and then she felt the deacon trying to pull her into it. By luck, she was only wearing one of the sleeves on her coat so when the deacon pulled on the empty sleeve she was able to escape.

Snorri is an Icelandic Pale ale made by Borg Brewery.

It is always exciting when Icelandic breweries use Icelandic products and Snorri contains Icelandic barley and arctic thyme. The strong aroma of the thyme and the fresh, fruity taste gives Snorri a very unique character.

Snorri is unfiltered which means that the yeast is included in the bottle which gives it fun cloudiness when poured into a glass.  It also has a very strong odour which usually means that the beer will be heavy but that is not the case with Snorri.

There are so many good Icelandic beers that we could not possibly tell you about them all in just one blog. Here are some honourable mentions that we can´t skip with a good conscience: 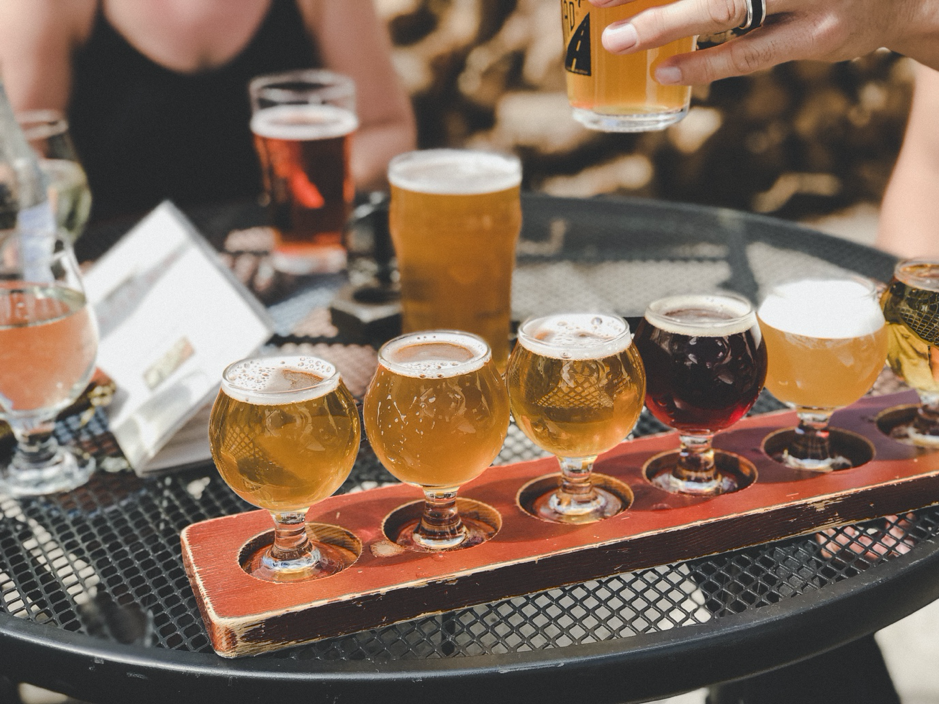