The Best Icelandic Bands And Artists You Need To Know

If you're looking for some of the best Icelandic music to listen to, look no further. This list includes everything from rock to folk and more.

Iceland might be a small country with a population of 345.393. But on this small island, there are endless fantastic music artists that you must listen to. We have made a list of our top 12 Icelandic bands and artists we recommend everybody to listen to while driving the ring road in Iceland.

If you are visiting Iceland, you might even be lucky to hear some of these bands play live both in Reykjavík and in Akureyri. You can look at tickets for music concerts in Iceland.

There are also a great series of music festivals in Iceland worth visiting. Sonar Reykjavík, Iceland Airwaves, Secret Solstice and Eistnaflug. At these festivals, you can see all of the best Icelandic musicians playing their music.

GusGus goes back to 1995 and is still active today. They recently hosted four concerts to celebrate their 25 years birthday (it was 27th as it was postponed due to the pandemic). They filled the enormous concert hall in Harpa for four consecutive concerts. This electronic band has featured many of the best artists from Iceland with many great tunes and a total of ten albums.

Björk is, without of doubt, the most famous Icelandic singer in the world. She has been active in music since the 1970s. Björk is renowned for her music and songwriting. In addition, she is widely recognised for her range of music styles that have evolved throughout her career.

Of Monsters And Men

The band Of Monsters And Men have been on the rising ever since they won the annual Icelandic music competition in 2010, Músíktilraunir. Since then, they have produced popular songs that have resulted that you can find their music in popular shows and movies like The Hunger Games: Catching Fire and Games of Thrones. The band plays their unique style of indie-pop and folk-rock music.  We highly recommend listening to their song Little Talks.

Sigur Rós is one of the most famous Icelandic bands worldwide. Their music is challenging to describe since they often use their language, Hopelandic. Their music focuses on the sound and feeling more than the singing and texts. Sigur Rós's music has been going strong for almost 30 years and continues to create fantastic music.

Kaleo is one of the bands from Iceland making a big scene in the US. The rock band even has a Grammy nomination. They have gone up the charts in the US, Canada and UK with their fantastic song Way Down We Go. We recommend listening to this Icelandic band and their cover of Vor Í Vaglaskógi, a famous song in Iceland they did with their style. Recently they published a music video with the volcano in Gelgingadölum where they really connected with their Icelandic roots.

Valdimar is a band from Keflavik and is undoubtedly a band that everybody in Iceland loves to listen to. The band began as a duo but now has six band members. Their music is mostly in Icelandic, but they have released a few in English. This band was founded in 2010 and has been growing bigger every year. In 2022 they held their tenth-anniversary concert in Hapran concert hall when they technically were 12 years old, but the show was postponed due to the pandemic.

Ólafur Arnalds is a multi-instrumentalist and producer from Mosfellsbær in Iceland. Ólafur has been nominated many times for Grammy and BAFTA. Recently he made a mix of Rammstein's newest song, Zeit. We strongly recommend listening to Ólafur Arnalds and his amazing and unique music and how he mixes strings and piano with loops and beats.

Vök is a new band formed in Iceland in 2013 when they competed in the music competition Músíktilraunir. They won the competition and have been gaining popularity in Iceland with their dream pop and indie-electronica music style.

Ham is an Icelandic rock band that was founded in 1988. They have been one of the most popular heavy metal bands in Iceland and have a significant influence as an essential part of Icelandic rock history and the music scene.

Dimma is a heavy metal band from Hafnafjörður in Iceland. They have been active since 2004, and as of today, they are still going strong, hosting many concerts in Hafnafjörður, Reykjavík and Akureyri every year. They became second in 2020 in the competition in Iceland to participate in the Eurovision song contest.

GDRN is the stage name for Guðrún Ýr Eyfjörð Jóhannesdóttir. She is an Icelandic solo artist and actor with her style of jazz-influenced pop. She won 4 awards in the Icelandic Music Awards in 2018, and in 2020 she was voted the singer of the year. Lately, she began her acting career by playing one of the leading roles in the tv series Katla on Netflix, which is produced by Baltasar Kormákur.

Retro Stefson is a family alternative pop group formed in 2006. The band offers listeners happier sounds most likely due to their younger age. In 2015 Retro Stefson decided to quit making 4 more albums. The group's vocalist and guitarist Unnstein Manuel Stifánsson is currently the judge on "Season 1" and " Season 2 " of " The Voice " in Iceland. Among the songs: "Solaris" (2012), " Glory " (2011)

The folk group sing Ylja released their own album Ylja in 2012. Their formation began in 2008 as the group met at high school. Their musical style is attributed largely to their Icelandic folk roots and is easily heard on 2018's Dætur. Ylja's other talents include experimentation with musical approaches, which was evident with Commotion in 2014.

Torrinis comes from Copagougur in Reykjavik. She became popular in 1999, and became much known in 2002 when she played music in "Lord The Rings: The Two Towers". She has also been re-introduced by her jolly jingle "Big Jumps" and dancey jam "jungle drums." Emiliana Torrini hits: "Sunny Road," Big Jumps, " Jungle Drum, " Snow,

JFDR is the Icelandic musician and multiinstrumentalist Jófríður Ákadóttir. While she is relatively new to the music scene, she has already begun building a large international following. Enjoy her dynamic sound in songs such as “White Sun”.

Skálmöld is a folk-Viking metal band, you can also feel Scandinavian nostalgia from years long gone. Their historical connections with Icelands Civil War are represented in the band name which roughly signifies anarchy.

The Iceland-inspired artist's music has already surpassed Spotify in popularity. Orrasons music is gaining traction in the world and is certainly a talented artist worth watching. hit by Mani Orrason.

Seabear began in 2003 as a one-person group at Reykjavk before becoming based in the Swedish town of Sverige. The arrangements are charming but intimate, which, despite singing English, still reflect the Icelandic magic. Several members also do their musical projects outside of Seabear. For example, despite providing vocals and piano for Seabear, Sóley performs mostly solo under similar labels as the ensemble and works on her own. Seabear reissued its 2018 debut song “Wakephone” in 2019. Our playlist includes: ” Sea Shell “ (2008) and “ Waterphone“ (2018).

Gugusar is a young female singer that is getting very popular in Iceland. At the age of 16, she published her first album Listen To This Twice. This is an artist we should all keep an eye out for as she will only get better in the upcoming years. 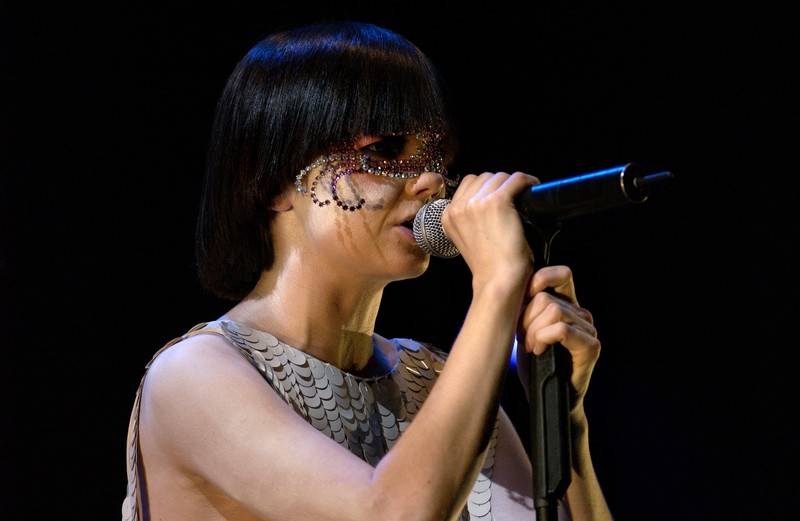 The Icelandic music scene is a vibrant and exciting place to be. There is a strong sense of community among musicians and various genres and styles to choose from. So whether you're into pop, rock, metal, or anything in between, you'll find something to your taste in Iceland.

One of the unique aspects of the Icelandic music scene is the prominence of female musicians. In a country with such a small population, it's impressive that so many talented women have made their mark on the music industry. Today, some of the most famous Icelandic musicians are women, including Björk, Emiliana Torrini, Of Monsters and Men, and GDRN.

If you're interested in checking out the Icelandic music scene for yourself, there are plenty of ways. Many music festivals are held in Iceland throughout the year, such as Iceland Airwaves and Sónar Reykjavík. You can also find live music in bars and clubs all over the country. And, of course, you can always listen to Icelandic musicians online or on your favourite streaming service. Whichever way you choose to explore the Icelandic music scene, you're sure to be impressed by the talent and creativity of its artists.